Another trip into a cold January Manchester City Centre. We started off at McDonald’s in St Ann’s Square, explored the City Centre, saw a movie at the AMC Cinema, then ended up at the ‘Reef’ bar in Piccadilly Station which was also known as the Sports Bar. 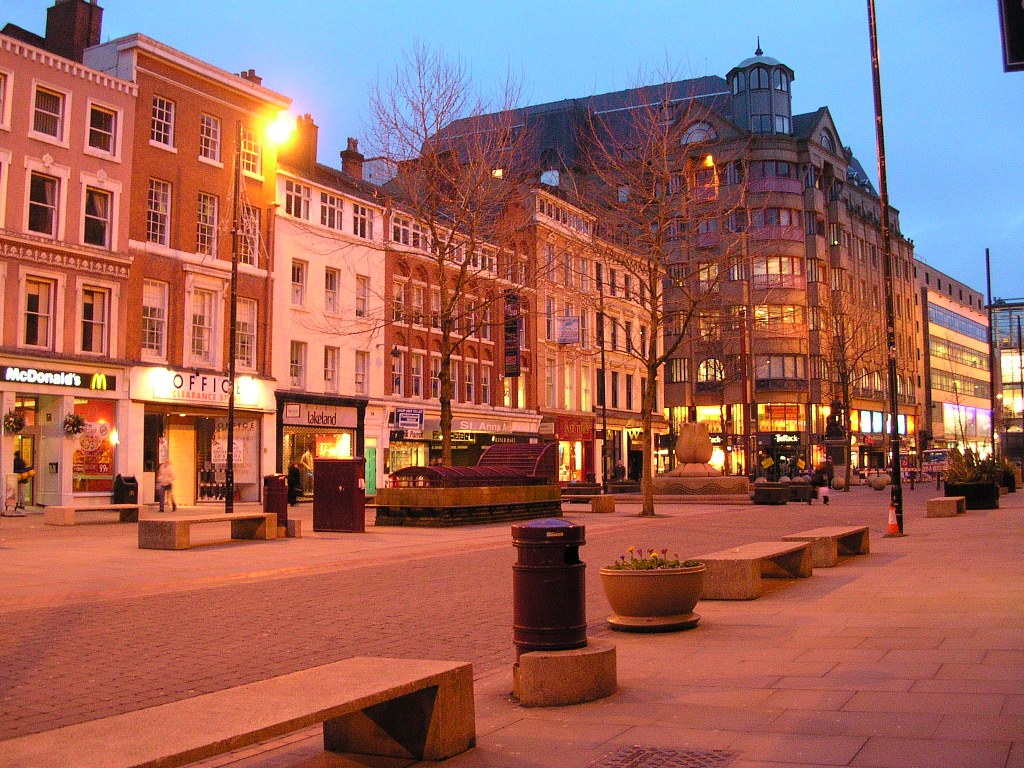 St Ann's Square, Manchester. You can see the McDonald's on the left, one of our favourite meet-up spots. This square was pedestrianised in the 70s I believe, before that you would have seen cars driving up and down here back in the day.

Exchange Square, Manchester. Another pedestrianised area of Manchester between Corporation Street and what was Hanging Ditch now memorialised with a water feature. The 'Triangle', formerly the Corn Exchange is on the left. The Printworks (AKA 'Maxwell House') and the CIS building can also be seen. My good friend Christian is seen staring at the wheel. 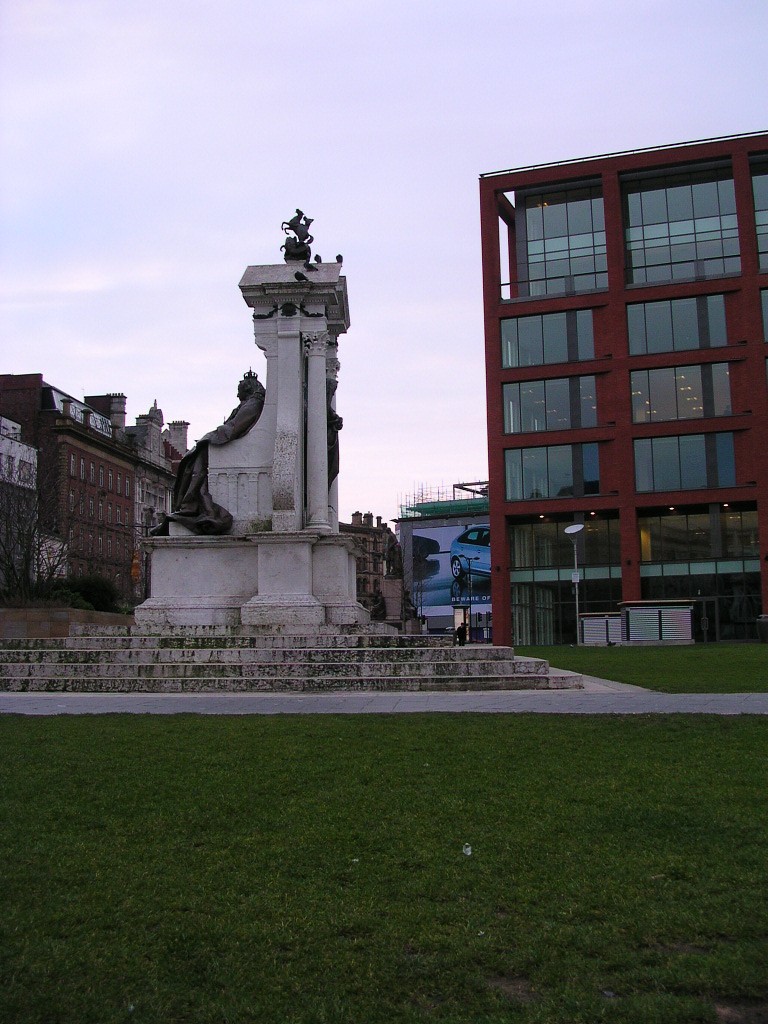 The statue of Queen Victoria, Piccadilly Gardens, Manchester. This was the site of the Manchester Royal Infirmary and mental asylum. The statues in Piccadilly stood in what would be the frontage of the hospital. This area of central Manchester has become a magnet for beggars, drug users and various undesirables. 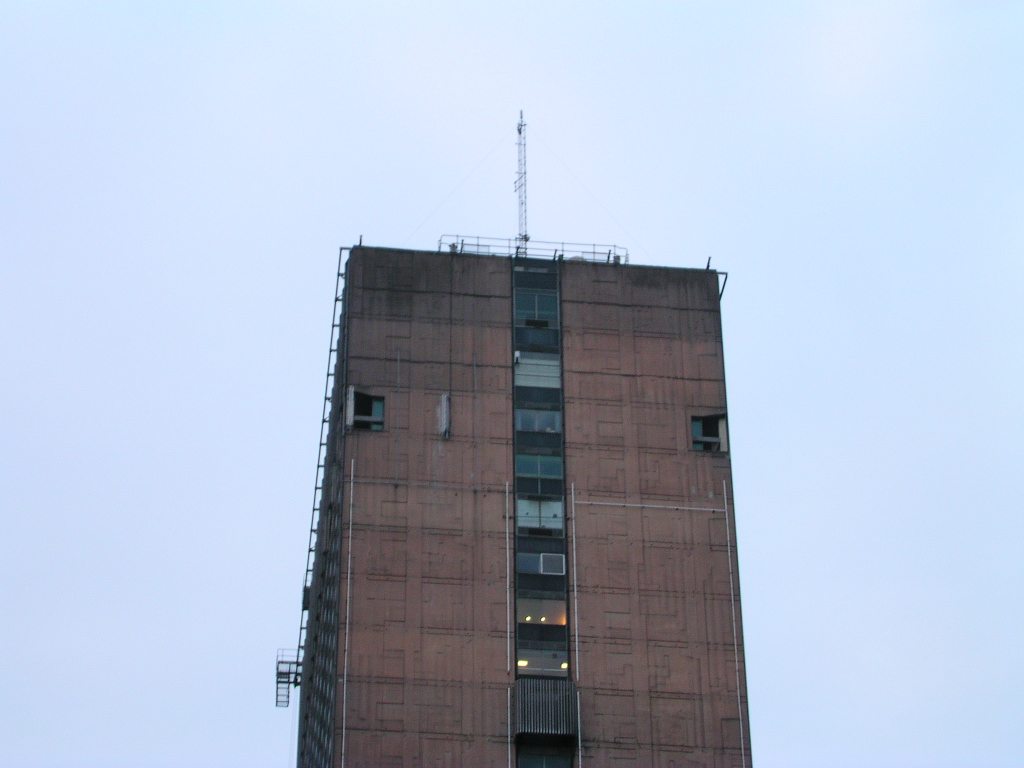 I call this building either the 'Sunley Building' or 'Sunley Tower' after Bernard Sunley, I think it's now just the 'City Tower'. Piccadilly Plaza/Gardens, Manchester.

View of what was Bernard House, Piccadilly Gardens, Manchester. 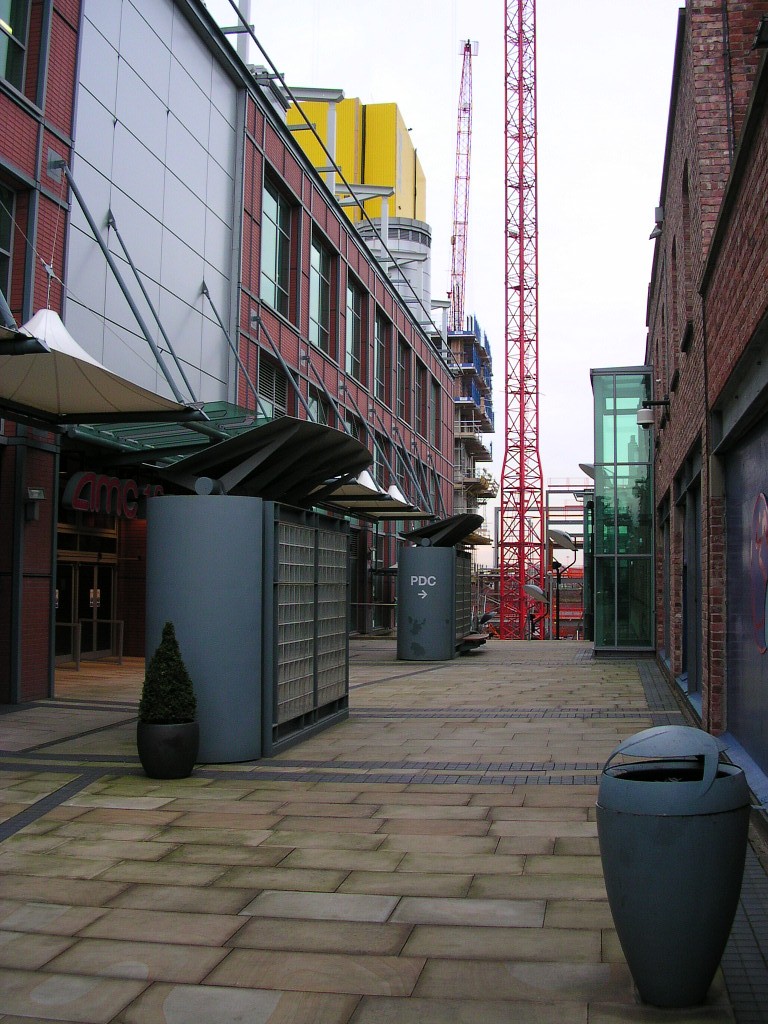 Just outside the AMC Cinema, Great Northern Complex, Manchester. The Beetham tower construction can be seen in the background, what will be Manchester's tallest building. I wonder if we saw a film here, think we did.

Me looking very serious (and sober) just outside the AMC Cinema.

The drinks menu in the Reef bar, Piccadilly Station, Manchester. Double Jack Daniels or double vodkas for me!

A lone traffic cone on Hanover Street, Manchester. I was probably very drunk at this stage.

The CIS tower, the tallest building in Manchester at the time this was taken, but overtaken by the Beetham Tower. Photo taken from Hanover/Dantzic Street. I found it hard to imagine this futuristic building existed long before the monstrous yellow Arndale Centre!

This is the face of someone who desperately needs a drink. 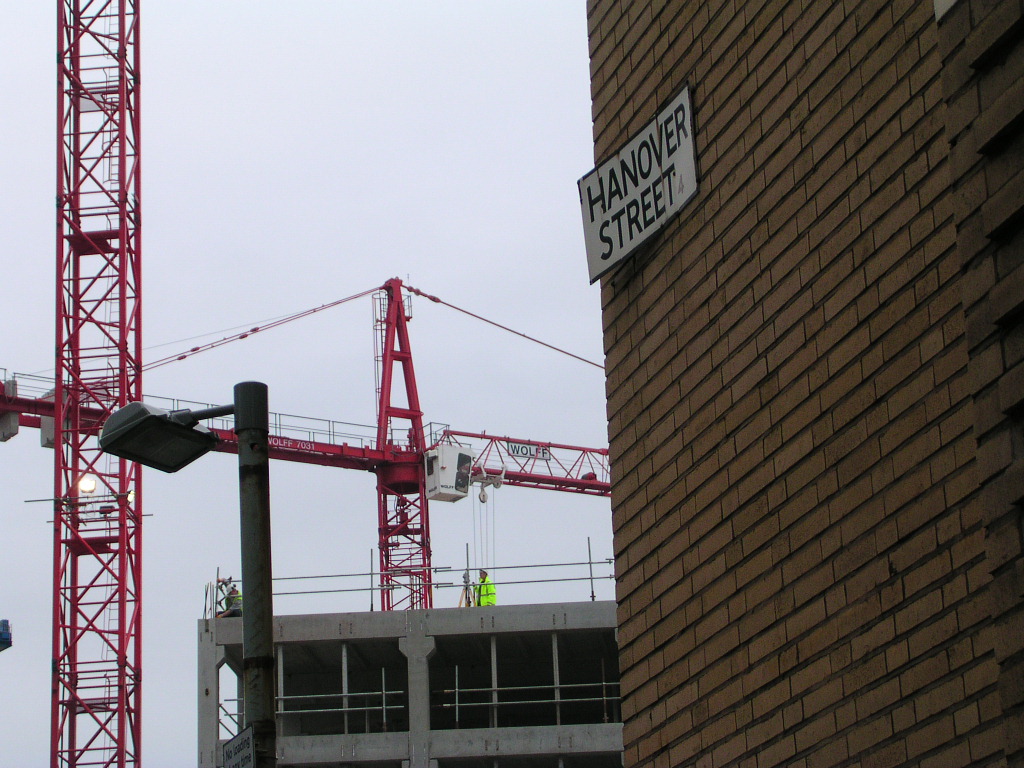 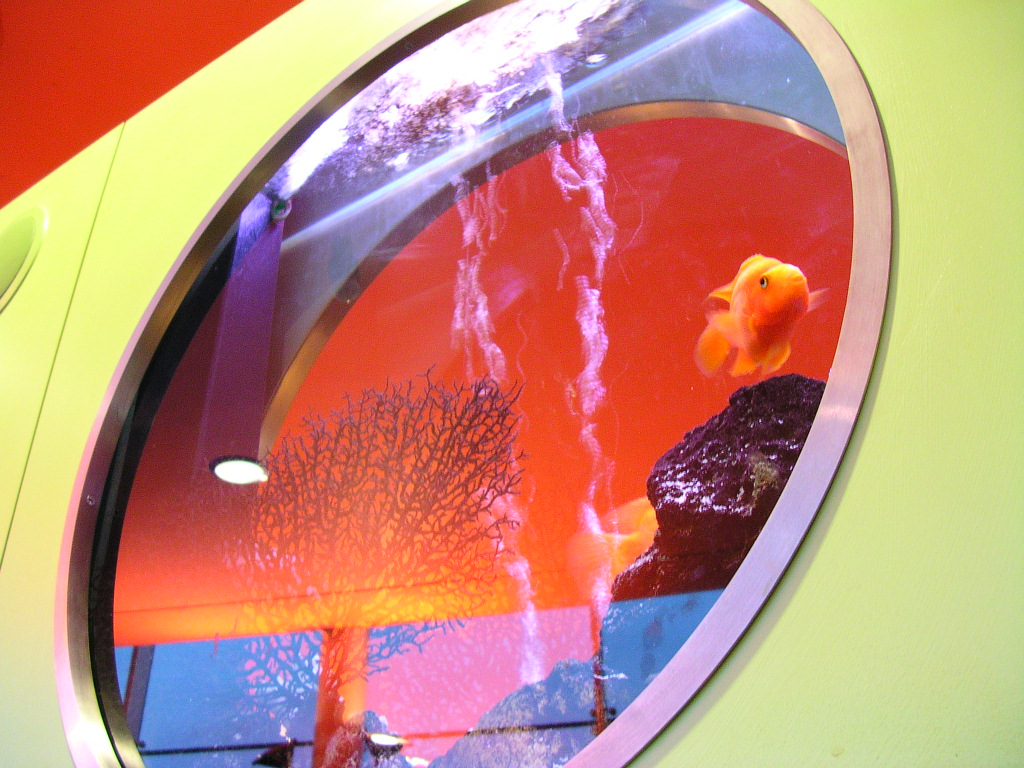 At this point probably very drunk and inexplicably back at the Reef. The bar had an aquatic theme, hence the name and fish tanks. After several drinks we called it a day and hopped on the Metrolink home.